One Segment of my Bookshelf 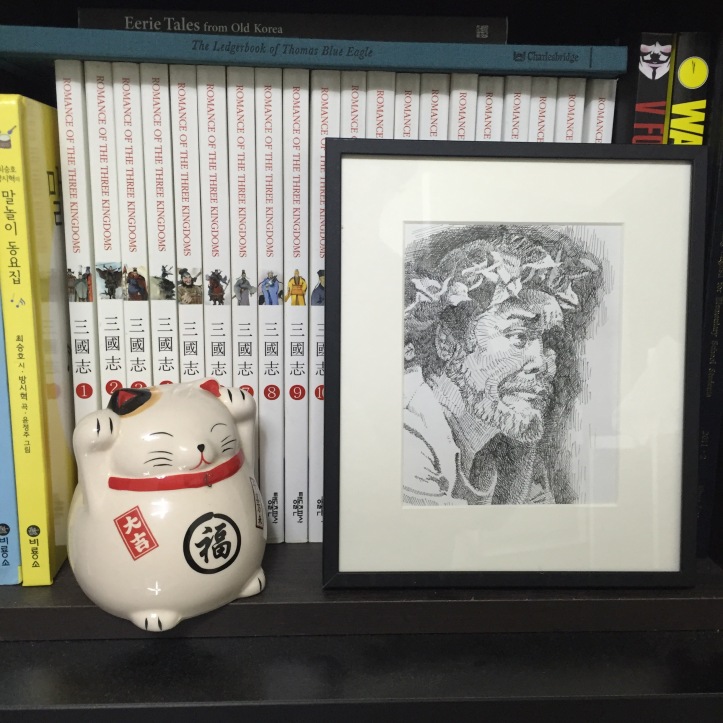 Let me share a small fragment of my life, framed from a shot of a bookshelf in my study.

The drawing is a crosshatch job I did based on a Korean actor playing King Lear. This particular piece got displayed at an exhibit in Jeonju, Korea.

Next to it is a gift I received from a former coworker who had no idea what to give me for a secret Santa gift exchange. Hint: anything edible and chocolate is perfect for me. But I couldn’t tell her that. It’s still a nice coin jar.

Behind these are some books. On the left are some word play books in Korean. Because I love puns and fun drawings, these books are perfect. I should share some of the pages in the future!

Next to them is the Romance of the Three Kingdoms in comic book form. But each page is shown twice, once in Korean and the other side in English! I had hoped to use these to help study Korean, but the Korean is all super formal and often antiquated. Meaning it’s not overly helpful for me right now.

But I did read all the English, so I have a decent idea of this Chinese romanticized historical epic. Fun times!

To the right of them are two other comics, V for Vendetta and Watchmen. The latter is overall a better story in my opinion, deconstructing the superhero mythos that we have constructed.

Atop the RotTK are two miscellaneous books, one the Ledgerbook of Thomas Blue Eagle, and the other Eerie Tales from Old Korea. The former is a reminder of my midwest upbringing. But it’s also a reminder of the complex and historically unjust relations we have had with the indigenous peoples.

The latter is a book I picked up because it had another dokkaebi﻿ story in it. While the other stories are also worth while, I am still interested in compiling as many dokkaebi stories as I can find. I think I’ve found most available in English, so I’m going to have to step up my Korean studies to translate more. 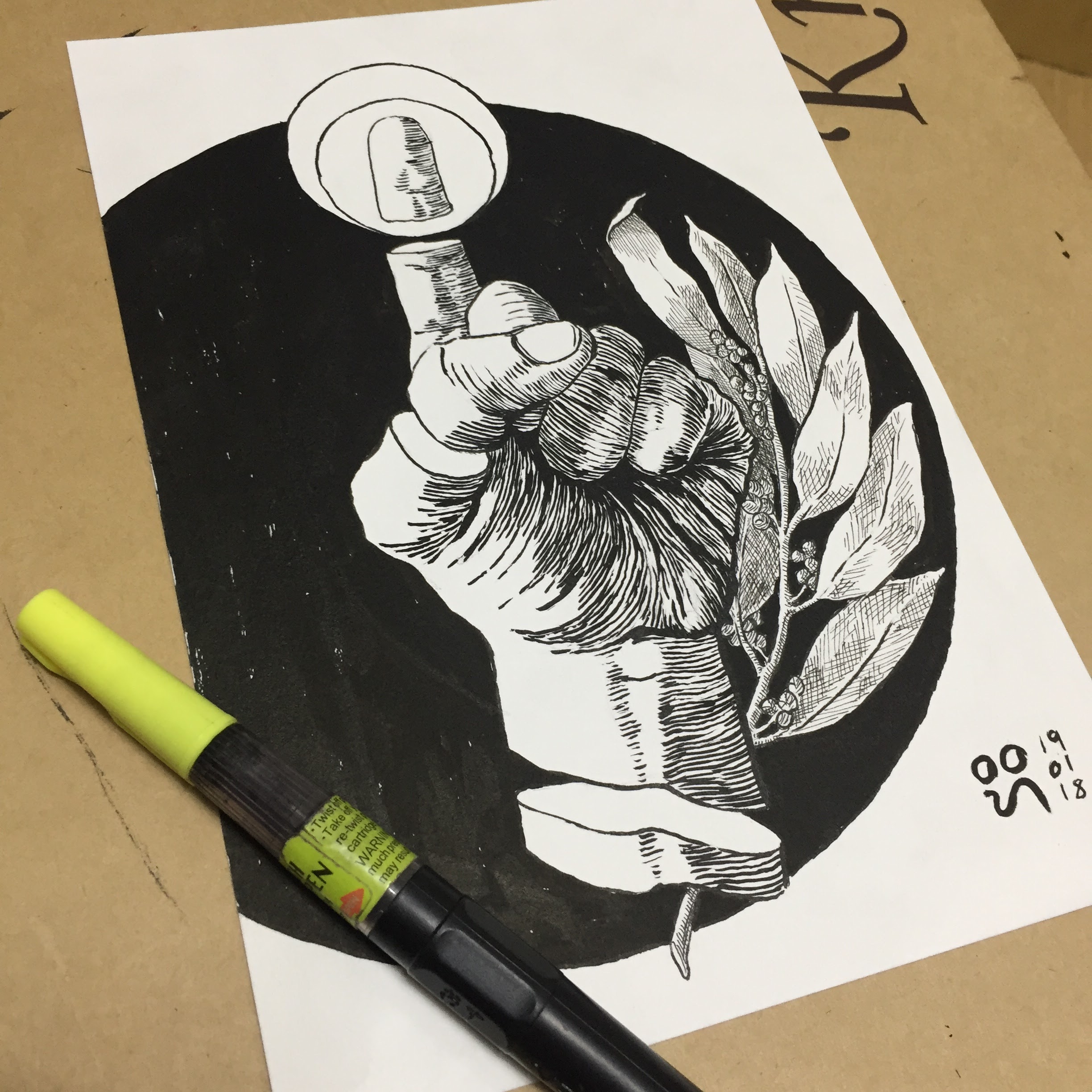