Jonny Dumpling, You’re a Dumpling To Me

Jonny Dumpling is a sentient dumpling that sells out his unaware brothers and sisters to the maws of humankind. And boy are they delicious! There are three branches of Jonny Dumpling in Itaewon. The first branch often has a line, so I went on an off day to the third branch because I hate lines!

I love these guys. They’re steamed dumplings that are fried on one side. This creates a really nice texture, both soft and crispy. It’s filled with a pork and shrimp stuffing, so if it’s not going to be a good choice if you are vegetarian or kosher.

The second dish was the #1 – 새우 물만두 (Shrimp steamed dumplings)

These had the same filling as the Half Moons, but the texture is different. If you like your mandu softer, they’re for you! But also not kosher. 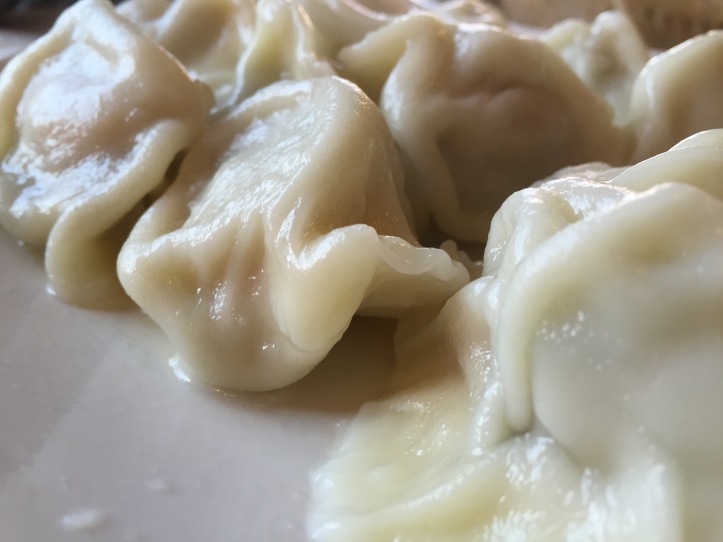 I’ll have to go back and try some of their other dumplings. Evidently they have some vegetarian options.

If you want to visit Jonny Dumpling, you can find it in Itaewon. We went to the third branch at:

It’s on the second floor! Enjoy!